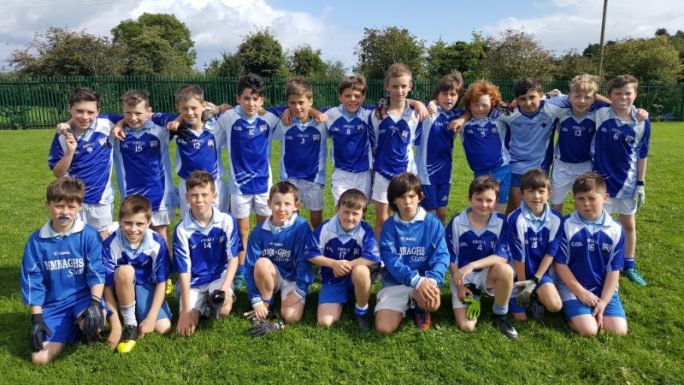 Slane N.S. boys began their Navan Area League campaign with a pulsating match against Kentstown N.S. Kentstown began the game with the wind at their backs and they made very good use of it, going in at half time with a 1-06 to 0-00 lead. In that half, the Slane defence ensured the lead was not greater with excellent performances from Hugh O’Donnell, Senan Duffy and new comer Noah Murray. Both keepers in the first half, Ciall Flynn and Braydon Colfer also made excellent saves.

In the second half, it was Slane’s forward line that came more into the game. Ethan Harding and Matthew Kealy got their hands more on the ball and Jason Reynolds was the target for many of their passes. A quick succession of goals from Jason and Altay Guneyer put Slane in a three point lead with seven minutes to go. However, credit to Kentstown who never panicked and claed their way back with a goal and four points to see out the game.

The Slane team, which has only two sixth class players this year, kept competing right until the final whistle and this game was a great one to get so early in the year to brush off the cobwebs.