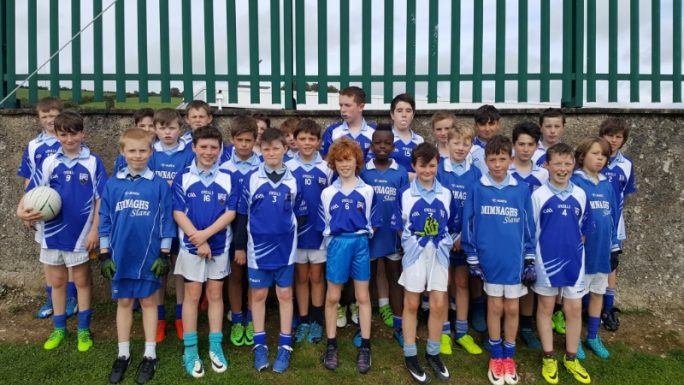 Slane N.S. boys had their second outing in the Navan Area League in a game of high skill level and even greater effort against St. Declan’s, Ashbourne. The match was very even in the first half with very attack minded football being played. Jason Reynolds bagged a hat trick of goals in that half as well as some well taken points by Matthew Kealy and Ethan Harding. Conor O’Gorman made his first start for the school as did Shane O’Sullivan and they both performed very well.

In the second half, it was Slane pulled away slightly. A quick succession of goals Altay Guneyer put Slane in a commanding lead which they never gave up. there were very good performances from Hugh O’Donnell, Senan Duffy and Ciall Flynn and Donnacha Hevey. Braydon Colfer’s saves and kick outs were also of huge benefit to Slane. St. Declan’s were very persistent right up to the finish in a very entertaining game.