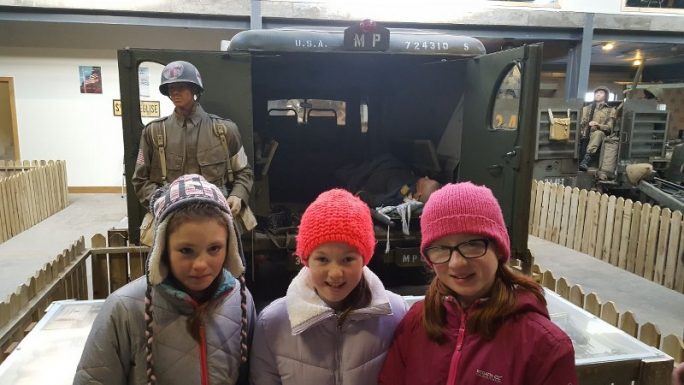 On the 29th of November 2017, 5th class had a visit to the Irish Military War Museum in Collon. The atmosphere on the bus was great. When we arrived, we played in the playground for a while before the talk about World War I.

The talk was breathtaking when we heard how much equipment they had. There were guns, swords, grenades and other stuff. After the talk, we were separated into two groups. My group was learning about World War II and there were tanks, motorbikes, guns and even bicycles. There was something called a half track because it had wheels at the front and tracks at the back. The Germans called them Tommie cookers because the fuel tanks were on the side so that is where they shot and it blew up.

The guide told us about a house that was taken over by Germans and he showed us a tool box, grenade and a machine gun. He asked us how many bullets were fired out in one minute by the gun. The answer was 1,500 and Kevin got it right so he won a prize. Ronan also got a question right about how many horses came back to Ireland after World War I so he got into an anti-aircraft gun.

Finally, we played in the playground and left happy on the bus. We had a great day. 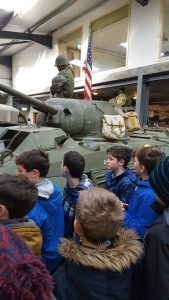 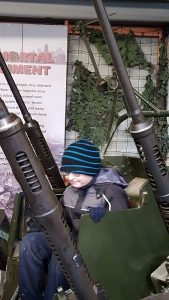 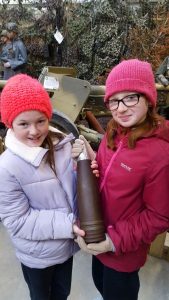