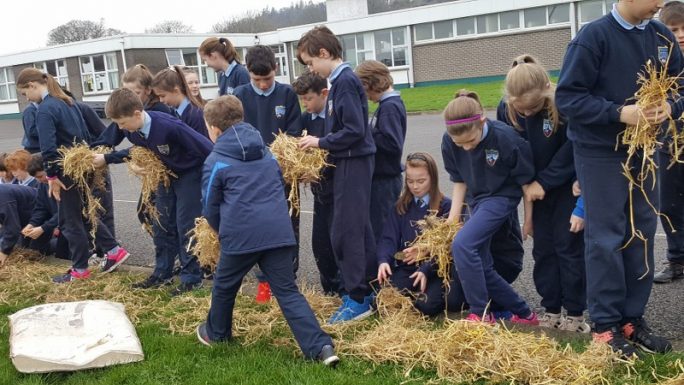 This week 5th class were learning about Irish garden birds. We played a game to match pictures of birds with facts about them. All of the groups scored eight out of eight. We also learned that the number of bird numbers in Ireland and around the world is falling because they have less food and less places to live. The advantages of having birds are that they eat dead animals, pollinate crops, eat insects and other bugs, give us a clue to the time of year it is (building nests, flying away in autumn) and that they are pretty to look at.

Then we went to the school garden to look for signs of spring. Cows are back out in the fields, there were pigeons nesting in the tree and we ate some whitethorn leaves in our hedge that have just come out. They have a peppery taste.

Then we had the nest building challenge. We had four minutes to build a nest and Mr. O’Donnell tested them by putting a golf ball in them to see if it would stay there. We will be watching our nest boxes in the next few weeks to see if any birds start to nest in them. 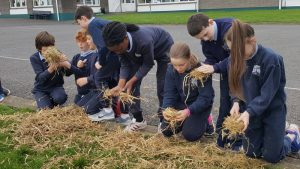 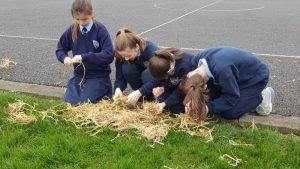 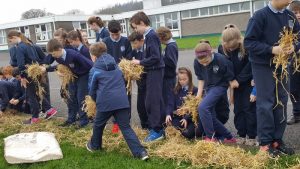