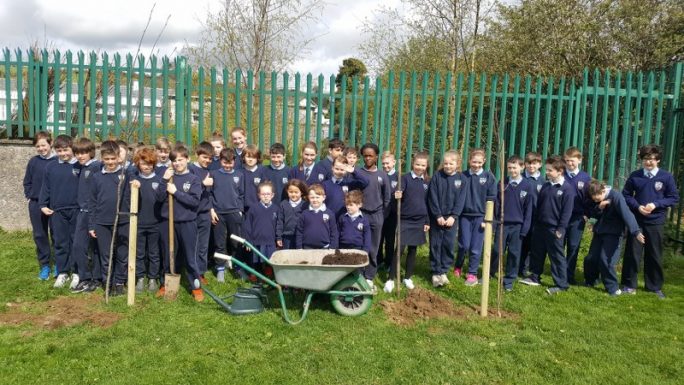 On Thursday, April 19th2018, our class, 5th class, were taken outside to Slane NS pitch with Mr. O’Donnell to plant two Mountain Ash trees which were donated by Meath County Council. When we arrived outside, we saw two large holes in the ground for the trees to be planted in. There was a pile of dirt next to each hole, a wheelbarrow full of compost, two stakes and a shovel.

First, Mr. O’Donnell shovelled some dirt into one hole, leaving enough room for the tree to fit in. Next, he asked Hugh O’Donnell to hold the Mountain Ash in the hole while he pushed the stake into the ground with the shovel. Next, he filled more of the hole with compost and then up to the brim with dirt. He then asked me if it smelled strong because it used to be hen poo and orange peelings. 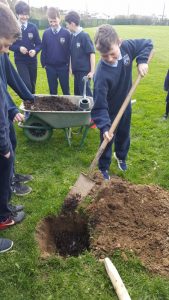 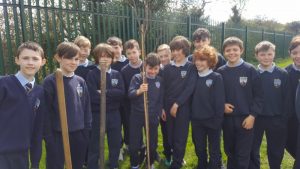 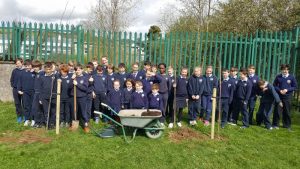