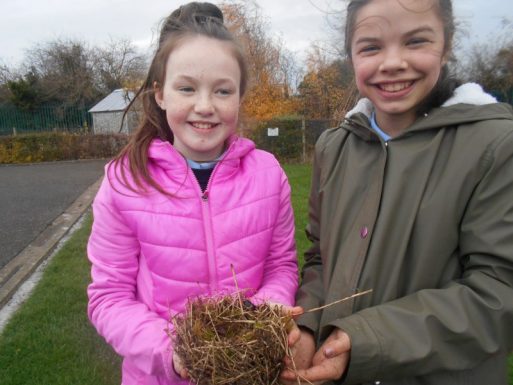 Sixth class had two guest visitors last week to their class. Mr. O’Donnell, who has written a book for teachers visited with Terry Flanagan, a reporter for the Mooney Goes Wild Nature radio programme. Terry was recording the visit for the programme. The pupils went on a nature walk before they broke into groups to carry out some activities. They included planting peas, making seed bombs (which was very mucky and fun), making bird’s nests and planting horse chestnut seeds in milk cartons. Terry spoke to some of the pupils as they tried out the tasks and also to Mr. O’Donnell about the book itself. The programme will be aired on Monday the 17th of December at 10pm, which is the Mooney Goes Wild Christmas special, so we look forward to hearing it then. It will also be available as a podcast for those who cannot stay up that late to listen to it! 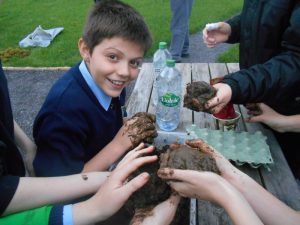 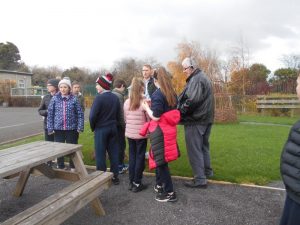 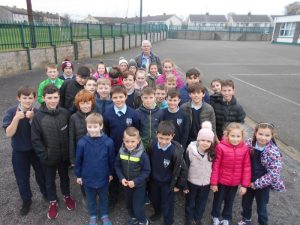