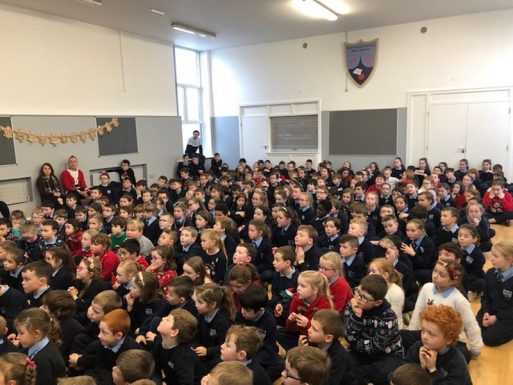 It was a very busy Christmas assembly hosted by second class pupils this week. The assembly began with the whole school singing Amhrán na bhFiann.

We then had all the birthdays for December, the pupils who had completed the ten book challenge, a green school report, star classes (senior infants and third class!), news, gaeilgeoirí na míosa and the list of over 100 pupils who had not missed a day this term. Mrs. Connor congratulated all the pupils on their attendance.

Niamh Floyd showed us her “Spirit of the Final” award that received in Dunganny last week for her superb performance that in the final that the girls won in Páirc Tailteann back in November. Well done Niamh.

We also got to watch the 6th class video of their cover of Band Aid’s 1984 classic Christmas song “Do they know it’s Christmas?” 6th class have raised almost €2,500 for St. Vincent de Paul. This is a fantastic achievement and we are very proud of the pupils. 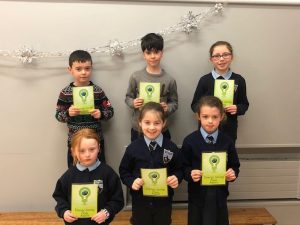 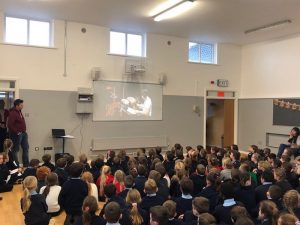 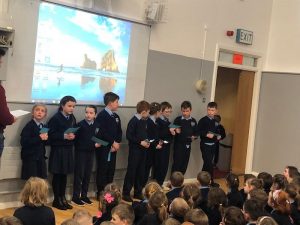