It was a very busy Christmas assembly hosted by sixth class pupils this week. The assembly began with Fr. Gavin speaking about Advent and its importance. He also wished all the pupils and staff a very merry Christmas.

We then had all the birthdays for December, the pupils who had completed the ten book challenge, a green school report, star classes (second and fourth!), news, gaeilgeoirí na míosa and the list of over 100 pupils who had not missed a day this term. Ms. Gerrard congratulated all the pupils on their attendance agus chríochnaigh an tionól le Amhrán na bhFiann, le Mrs. Connor ón gcoiste Gaelbhratach.

Thank you to all the organisers, especially Mrs. Johnson who coordinated the pupils and Mr. Flanagan for organising the ICT for the event. 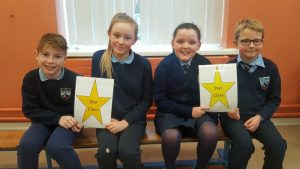 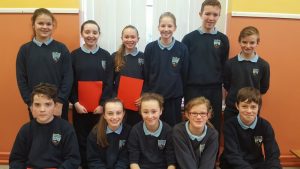 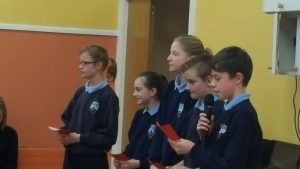 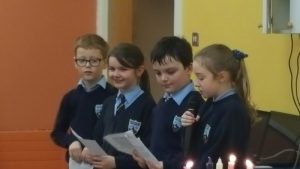 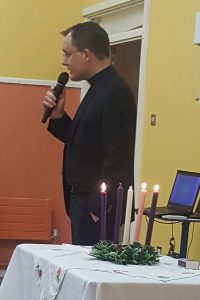