Visit of Minister of Education and Skills, Richard Bruton 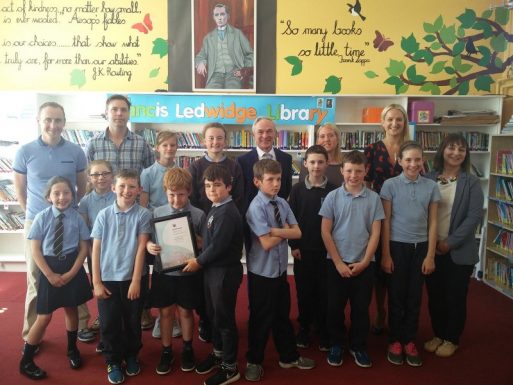 Visit of Minister of Education and Skills, Richard Bruton

This week we had a surprise visit from the Minister for Education and Skills, Richard Bruton to our school. The Minister was at a forum in Navan and the opportunity arose for him to call to see us.

Pupils and staff from junior infants to second class formed a guard of honour for himself and local T.D. and Minister for State with responsibility for European Affairs, Helen Mc Entee as they came into the school.

Pupils and staff from third to sixth class were in the school hall to greet him and we then had a question and answer session with him on his role as Minister and national and local topics in Education. Pupils had prepared questions in advance and, to give the Minister his dues, he answered everything that came at him. The topics raised were homework and why do pupils have to do it (the number one hot topic!), the threat of the loss of a local school bus service, grant availability for the school car park, the use of smartphones in schools as well as questions on the Minister’s own upbringing, education and role as Minister. Mr. O’Donnell also got a question in on behalf of the teachers on the issue of two separate salary scales for teachers!

Finally, they were both on hand to present the recently awarded teastas don choiste gaelbhratach and to promote the upcoming 5K Run in Slane Castle.

We would like to thank the Minister, Helen Mc Entee and their staff for a very engaging and entertaining day in our school. 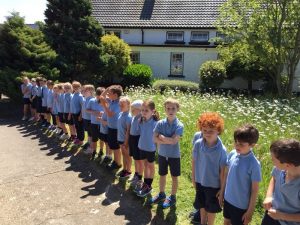 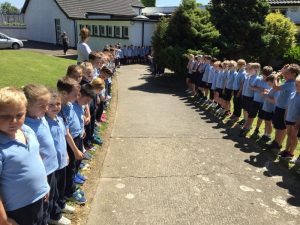 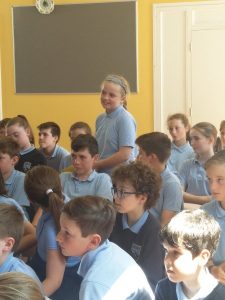 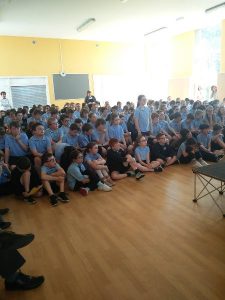 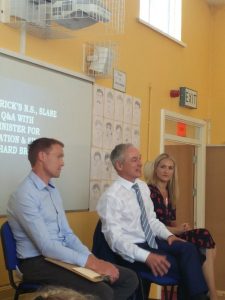 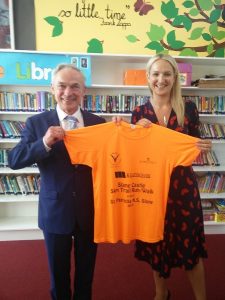